AC Milan’s FIFA 19 rating are out with Gonzalo Higuain rated as the best player among the Rossoneri.

The highly anticipated EA Sports’ FIFA 19 has unveiled the ratings of all players confirming Lionel Messi and Cristiano Ronaldo as the best players of the game with an overall rating of 94. Today we present you the overall ratings for all AC Milan players. 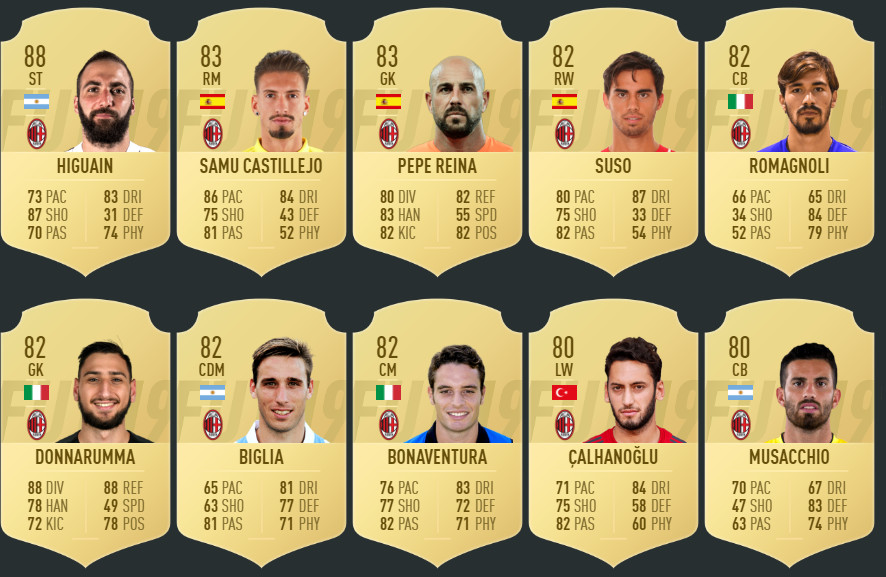 As expected new signing Gonzalo Higuain is the highest rated among the Rossoneri with an overall 88. The Argentine striker joined AC Milan this summer on loan with an option to buy. He was part of the mega-deal between the Red and Blacks and Juventus that saw defender Lronardo Bonucci and Mattia Caldara trade places.

The biggest surprise is the rating of Samu Castillejo 83 and Pepe Reina 83. The two were signed this summer but have yet to feature from the first minute in Gattuso’s squad. Members of the old guard Suso, Alessio Romagnoli, Gianluigi Donnarumma, Lucas Biglia and Giacomo Bonaventura are all rated as 82 overall. 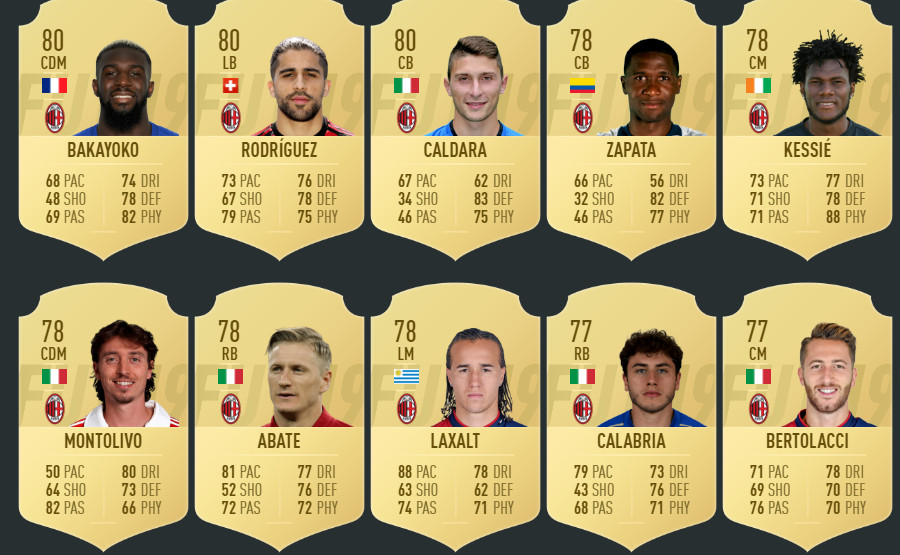 A bit disappointing the rating of Hakan Calhanoglu 80 and Franck Kessie 78. The Turkish winger demonstrated last season that he’s one of the best players in Serie A but perhaps his slow start might have had an effect. The young Ivory Coast international insted was AC Milan’s player to have feature the most last season so his 78 overall rating is very surprising.

In addition to Calhanoglu, Mateo Musacchio, Tiemoue Bakayoko, Ricardo Rodriguez, and Mattia Caldara are all rated overall 80. While Cristian Zapata, Kessie, Riccardo Montolivo, Ignazio Abate, and Diego Laxalt follow at 78 overall. Youngsters Davide Calabria and Patrick Cutrone are rated as 77 overall, with Borini and Alen Halilovic 76 overall. FIFA 19 will be released on 28 September on all platforms.