Today at 21:00 CET, the Rossoneri challenge Juventus at Stadio Olimpico for the Coppa Italia final. The Bianconeri are considered favorites but AC Milan are chasing the first Cup title since 2003

Gennaro Gattuso had ruled out any possibility of recovery but Lucas Biglia has returned to train with the group ahead of the Cup final. Unlikely that Rino will deploy from the first minute a player who hasn’t been on the pitch in a month so Locatelli is expected to start again like in the recent league games. It will be the youngster’s tough duty to block the opposition and create for his side.

Meanwhile, there is the usual doubt regarding the centre forward. Patrick Cutrone is considered to be in advantage for a starting spot even though Nikola Kalinic was a valid alternative. No problems instead for Jesus Suso and Davide Calabria, who are both fully recovered and expected to start tomorrow. No changes to the rest of the formation seen on Saturday afternoon with Verona. 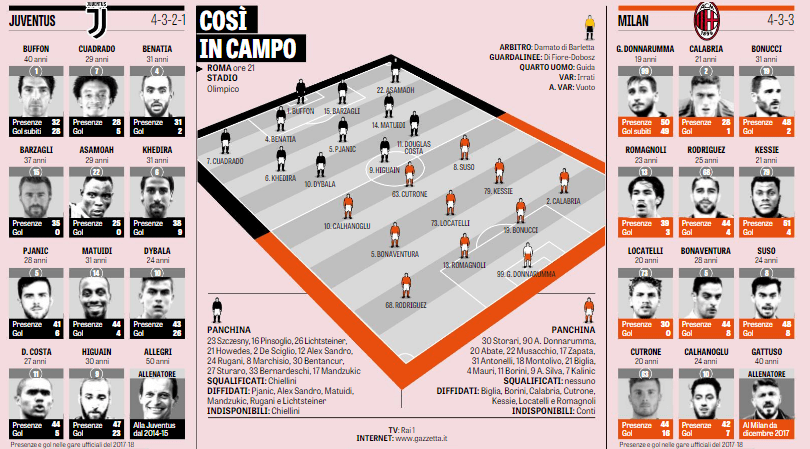 Read here Gattuso: “My dream as a coach”