A goalless draw at San Siro. The Rossoneri went close to opening the score with Bonucci, Cutrone and Kessie but in the end it’s 0-0.

It’s definitely a result that benefits our opponents as they maintain the eight-point difference in the league and continue to have an advantage towards securing a Champions League qualifying spot. Yet, there is no time to look back as coach Gattuso boy’s have two important home matches ahead of them against Sassuolo and Napoli.

In midfield among the starters the only one to do well is Franck Kessie (6), involved in the game and ready to push forward. 6 also for Manuel Locatelli, substitute and author of a careful performance. Same ratings for Jesus Suso (absent in the first half but ignites in the second), Patrick Cutrone (always generous, pity his beautiful overhead kick was cancelled for offside) and Hakan Calhanoglu (perhaps the best in the first half but falls considerably in the second. The Turkish maestro is one of the few always looking to create and dribble the opponent.

Disappointing instead Ricardo Rodriguez (5.5) for making many mistakes in defense and never providing a proper cross. In addition, Inter penetrate easily from his flank. Flop also Riccardo Montolivo (5.5) in difficulty every time he faced the aggressiveness of Nerazzurri. A disastrous 5 for Nikola Kalinic who links well with Suso in the first minutes only to make many mistakes later. The same rating, but considered the worst of all AC Milan players is without a doubt Giacomo Bonaventura. 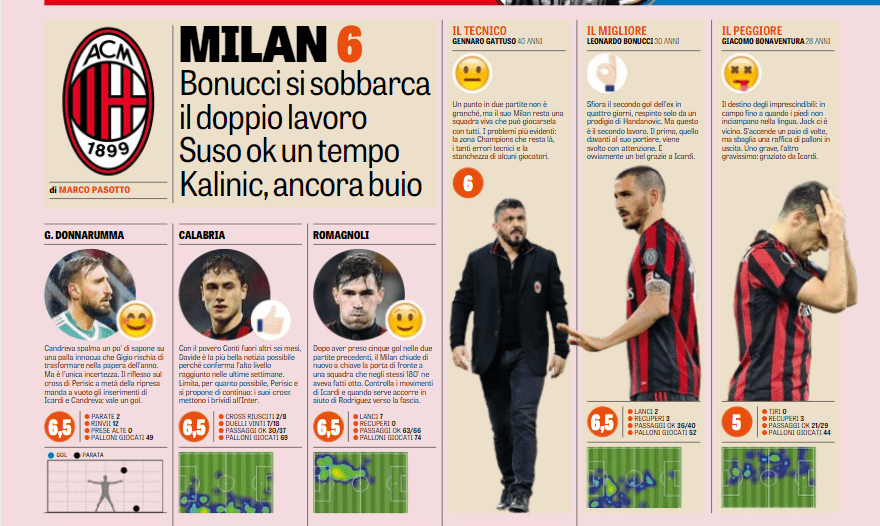 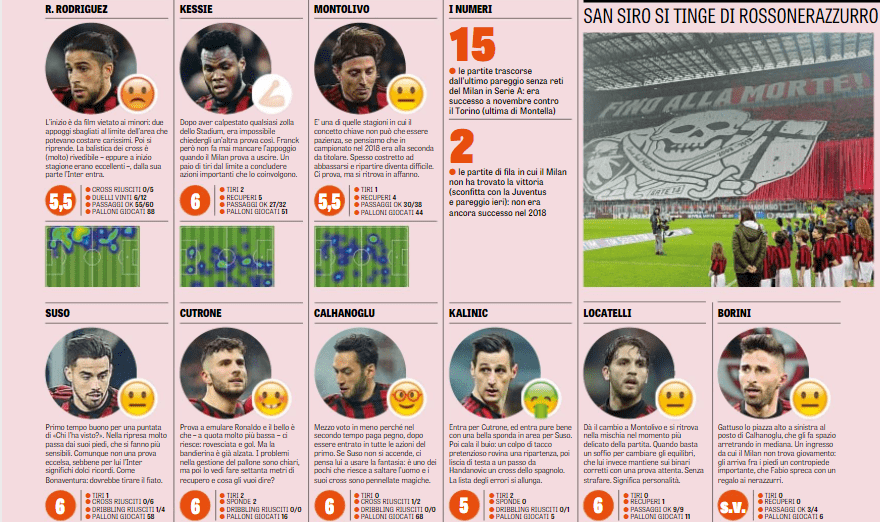 Read here Gattuso: “The reason why I didn’t deploy two strikers. Andre Silva? He has suffered a tragedy”