Before the presentation of Krzysztof Piatek AC Milan announced the departure of defender Stefan Simic who joins Frosinone on loan for the rest of the season.

It was Piatek-day today at Casa Milan. The Rossoneri presented their new signing before the media, eager to demonstrate on the pitch that he is worth the big fee AC Milan paid Genoa for his services.

However, a bit earlier, the club announced the departure of Stefan Simic. “AC Milan announces the transfer of registration rights of the player Stefan Simic to Frosinone Calcio on a season-long loan deal, until 30 June 2019“.

The 24 year old centre back is a product of AC Milan youth ranks. Simic made a single appearances this season in the return leg of Europa League against Dudelange, finished 5-2. 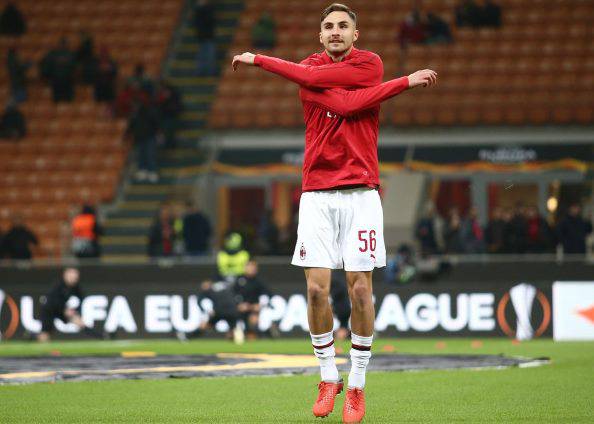 Stefan Simic’s contract with the Rossoneri expires at the end of the season and very likely the Czech defender will join a new team on a permanent deal. Even in today’s press conference the club managers confirmed their intention to reduce the number of players currently under coach Gattuso’s orders.