In a few hours AC Milan host Benevento at San Siro. The Rossoneri will be in search of the first three points after five consecutive games without a win in the league.

Coach Gennaro Gattuso is determined to change the squad deployment from the usual 4-3-3 to a new formation, 4-4-2. The former Rossoneri midfielder wants to experiment while facing a relegation threatened team like Benevento who earned their first historic Serie A point against AC Milan in December.

With Alessio Romagnoli out Cristian Zapata will start again in defense alongside Leo Bonucci while Davide Calabria returns on the right. Coach Gatuso wants to give Suso a rest after some disappointing performances recently (clearly tired) and rely on Patrick Cutrone and Andre Silva up front. Hakan Calhanoglu has suffered a slight injury and has not been called up for this match. Room also for Borini. 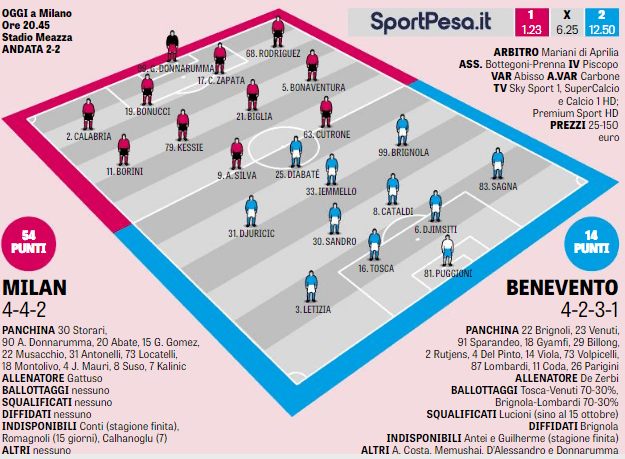