Young striker Christian Kouame who caused Romagnoli’s own goal in Milan-Genoa has apparently caught the eye of sporting director Leonardo.

The last minute win against Genoa allowed AC Milan to touch the Champions League area for the first time this season. A pleasing victory that was the result of a fine performance on pitch. A good display from the Rossoneri but also from the opponents.

While everyone feared Krzysztof Piatek, Serie A’s top scorer so far with 9 goals, it was another player who caught the eye of sporting director Leonardo. The Brazilian was more impressed with the skills of the other Genoa striker, Christian Kouame.

The 20 year old Ivorian was certainly Genoa’s best player and his deviated shot equalized the match early in the second half. According to reports from Il Secolo XIX, Leonardo has inquired about the availability of Kouame and personally contacted Enrico Preziosi. The Genoa president, however, refused to put a price tag on Kouame and also refused to consider his departure. 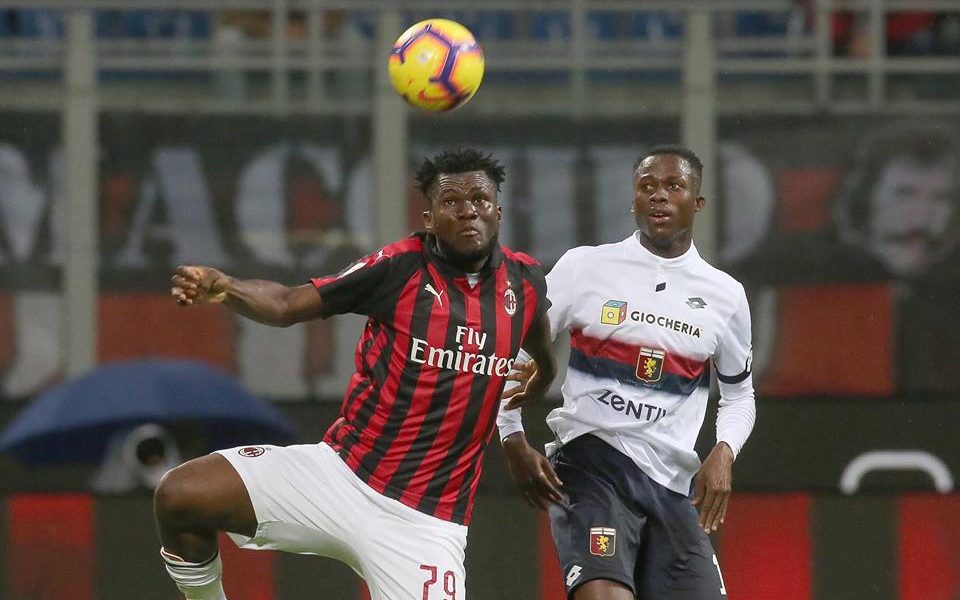 The Rossblu purchased Christian Kouame this summer for 5 million euros from Cittadella. Despite his young age he has featured on 11 occasions this season, scoring once and providing 5 assists. If a youngster manages to make a good impression on Leonardo then his future will surely be bright.