AC Milan star midfielder Hakan Calhanoglu could be sold next summer with the management already in contacts with Rodrigo De Paul.

It has been a very busy week for AC Milan on the transfer market front. One of the name names on the Rossoneri’s list is that of Rodrigo De Paul, Udinese stat with whom Leonardo is already in contacts. The management sees the Argentine winger as reinforcement for next summer considering the complications of reaching a deal in January.

This could mean that Hakan Calhanoglu, who currently occupies the left winger position, is no longer untouchable like some months ago. A departure in January seems unlikely despite recent hypothesis.

In this start of the season the Turkey international has disappointed. Gennaro Gattuso and fans expected much more from him but Hakan is only a distant relative of the player seen from last January until the end of the season. The reason? Definitely psychological due to some family problems.

Coach Gattuso has often touched this subject during these months. He hinted that Calhanoglu is going through a very difficult time but Rino and his staff have supported and pampered him, even if the results are not visible on the pitch. Some physical problems did not help. In the derby against Inter he took a hit on his foot from which he has not fully recovered. Fortunately he should be available for Lazio-Milan. 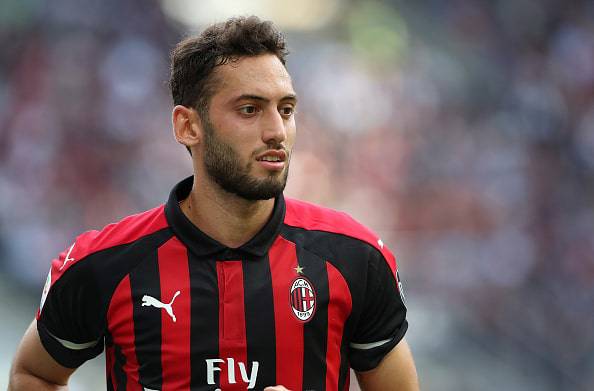 If in the coming months Calhanoglu’s form doesn’t improve, his sale in the summer will be guaranteed. RB Leipzig have inquired on the player on several occasions and are willing to take him back to Germany. An offer of around 25-30 million would probably be enough for Milan. Then the Rossoneri could sing De Paul, a player that Leonardo and Paolo Maldini appreciate a lot.