AC Milan player ratings in FIFA 20 are out with Gianluigi Donnarumma rated as the best player among the Rossoneri. Rebic is the only new signing with 80 overall.

One of the most anticipated games of the year, EA Sports’ FIFA 20 has unveiled the ratings for many players. FIFA 20 will be released on September 27 while since September 10 the DEMO in “kick-off” and “VOLTA” modes is available for every football fan to download. Once again Leo Messie is the highest rated player with a 94 overall followed by Cristiano Ronaldo 93. Today we present you the overall ratings for all AC Milan players in Ultimate Team mode.

As expected star goalkeeper Gianluigi Donnarumma is the highest rated among the Rossoneri with an 85 overall (83 in FIFA 19). The extremely talented 20-year-old shot-stopper was author of an excellent season on a personal level last year and seems determined to keep up the good form even under new coach Marco Giampaolo.

Captain Alessio Romagnoli is the second best AC Milan player in the game with a 83 rating. Very surprising the 82 overall rating of Lucas Biglia who was not a first-team regular last season. He’s considered at the same level with Suso and Bonaventura, 82 each but with 4 skills.

Long is list of the Rossoneri with 80 overall: Caldara, Castillejo, Ricardo Rodriguez, Musacchio, Calhanoglu and star striker Krzysztof Piatek. Just like in the last FIFA game, Lucas Paqueta (79) and Franck Kessie (79) remain under 80. The Ivorian midfielder, despite being the AC Milan player to have feature the most in the last two seasons, continues to be underappreciated by FIFA. 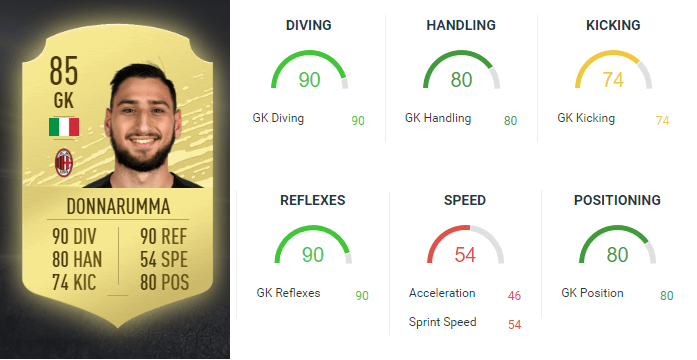 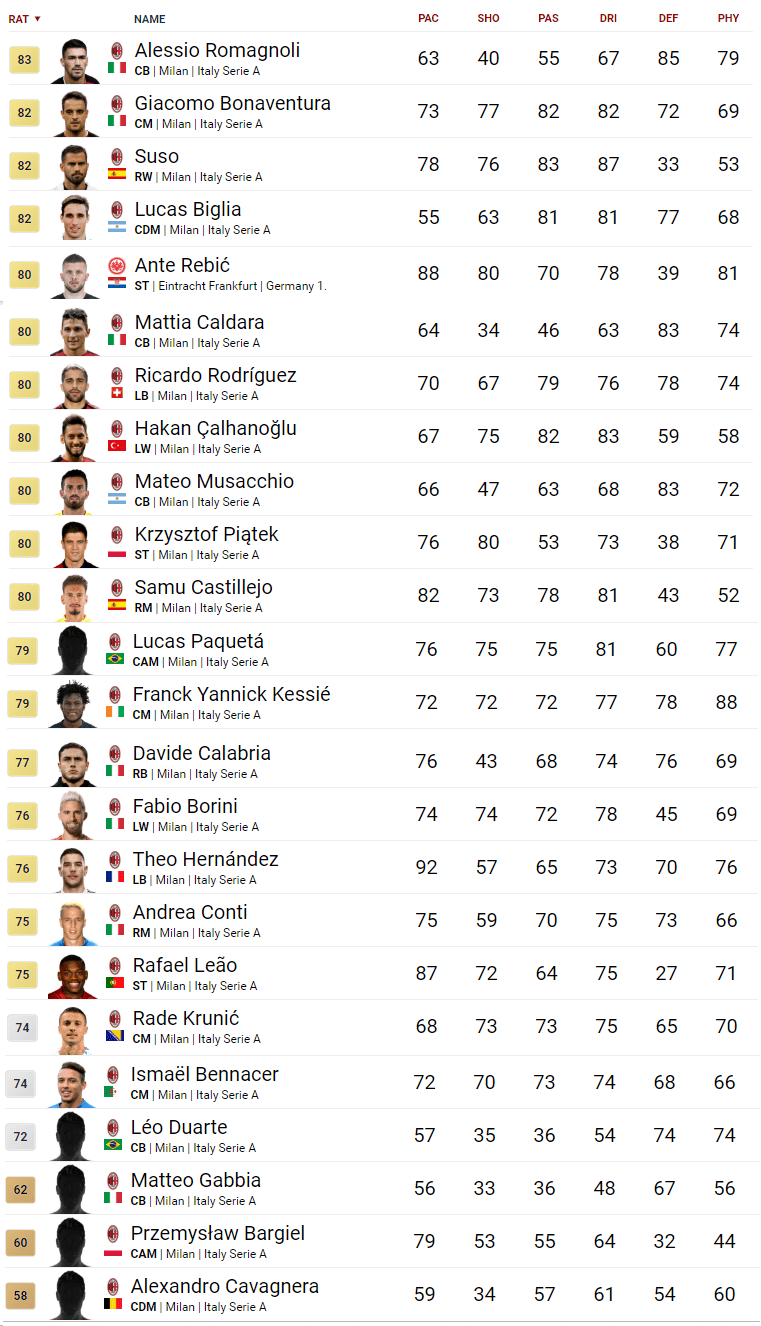