Massimiliano Mirabelli is preparing for the winter transfer window and signing a midfielder is top priority in Casa Milan.

Mirabelli said he was a sports director interested in seeing players directly and not relying on agents or intermediaries. A thing very much appreciated by rossoneri fans. Yesterday AC Milan’s manager was in Leuven to attend Belgian-Cyprus U21 match, valid for the European Under-21 qualifiers. Tonight, however, he will be in Brussels for the international friendly between the first nationals of Belgium and Mexico. His presence is undoubtedly a signal of interest to some of the players who might enter the field in an interesting challenge to be played at King Baudouin Stadium.

According to the latest news from calciomercato.com, Mirabelli’s on a special mission to observe Leander Dendoncker. The 22 year old defensive midfielder plays for Anderlecht and was a target last summer. At the time, Renato Sanches was a priority for Milan while Dendoncker was considered only as an alternative. Milan interest on the Belgium talent has remained vivid even though reaching a deal will be difficult considering his price tag and not only.

In fact, Dendoncker is a target also for Manchester United, that have followed him in many games recently and are certainly an uncomfortable competitor for his signature. Tonight, Dendoncker is not expected to start from the first minute but it is possible that he will enter the game in the second half. Mirabelli hopes to see him up closely and confirm his good qualities. 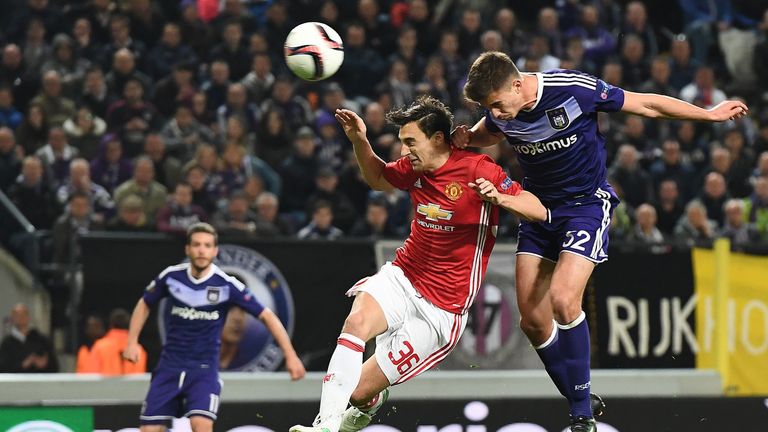 The jewel of Anderlecht, is valued at least 20 million euros and is one of the most promising midfielders in Europe. Skillful both in defending and in setting up attacks, combining quantity and quality. He is well placed physically (178 cm tall). The 22 year old can do both the right mezzala  and, eventually, the playmaker. In some cases he was is deployed as a central defender, thus showing great ductility. AC Milan scouts have been following him for a long time and tonight in Belgium-Mexico also Mirabelli hopes to create a positive impression of the player, whose current contract expires in 2021.