Gerard Deulofeu returned to Barcelona at the end of last season after the Blaugrana club exercised the famous buy-back clause for 12 million euros from Everton.

The five positive months spent in Milan by the Spanish right winger convinced the Catalan club to give him another chance. Geri is a product of the local youth sector, but in first team he found few occasions and so he had to go elsewhere to play with greater continuity. In Vincenzo Montella’s team he found the needed space to emerge and even to regain a jersey with the national team of Spain.

But his comeback has not proven so fruitful. Deulofeu in Barcelona is not impressing for now. He has played as a starter in the first five games in the league, but in the last two he was initially on the stands and then remained on the bench. In Champions League he has collected zero minutes on the field. Mr Valverde is now favoring Ousmane Dembele, a costly signing by the management this summer. Over 100 millions spent to take him from Borussia Dortmund but even after his injury Deulofeu is not finding space.

For Gerard there is a real risk of spending a lot of time on the bench and seeing his dream of playing the 2018 World Cup with Spain vanish. He needs to play. According to Sport.es, Milan intends to make an important attempt to bring him back at San Siro in January. Under the guidance of Montella, the player could return to have the necessary space to showcase his qualities. 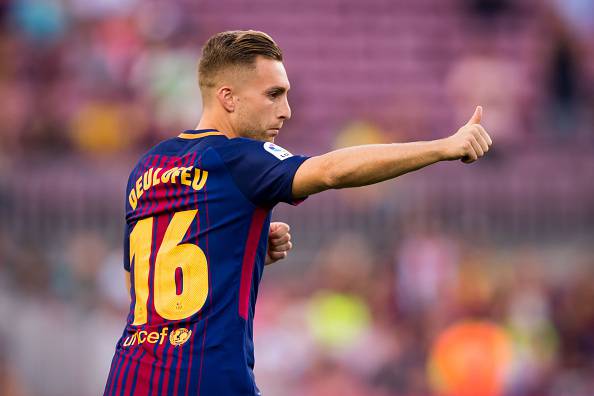 However the passage to 3-5-2 is a problem. Deulofeu’s gives his best while playing as an offensive winger on the left, in a formation that includes an attacking trio. Despite this, in Spain they think AC Milan are really reflecting on the possibility to get the Spaniard back. From Barcelona for now denials filter about Gerard’s possible departure. It will be necessary to evaluate in the next two months how the player will progress, in addition to his performance, to determine whether his departure is likely or not.